A Story About the FBI

What's a common question that people are always asking you?

The most popular question I hear is, "...can you tell me about a case you worked on in the FBI?"

I have a treat for you today. Today, I'm going to tell you about the time I was involved in a case where the FBI was laundering money. 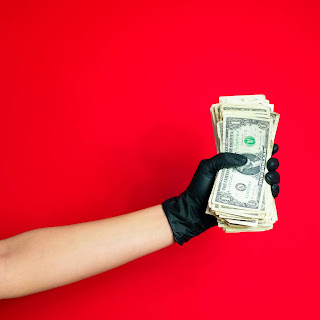 I was part of the team that was executing a search warrant for a case involving drugs. I remember being nervous on the search because SWAT came with us because of the strong possibility of violence. It was a rarity to have the SWAT team along.I was there to search and seize digital media like laptops and thumb drives but to find them I have to look through everything in the house right along with the rest of the team. I remember we kept finding one or more weapons in every room of the house. Now it’s clear why SWAT was there.The team also needed to locate and seize a large sum of cash tied to the investigation. They found the cash underneath the house in the crawl space that was flooded with sewage (who says the FBI isn’t glamorous?).The case agent contacted the Treasury Department to determine how to clean the money. They advised him to take the money to the laundromat to wash it!Imagine a team of FBI agents literally laundering money at the laundromat. Then some poor soul had to iron all the money afterward so they could put it back in circulation. If you didn’t think cash was dirty before, I think you might now.

With that being said, I suppose shared washing machines in laundromats can be a little icky too.

Are you ready to clean up your cybersecurity act? Let's chat. Book a complementary discovery session today.

will the real slim shady please stand up? 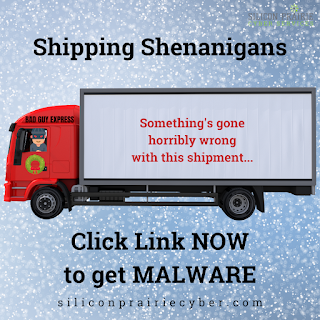 Let’s talk about phishing emails and impersonation. Hackers often use impersonation to get you to open their phishy emails. If the email is from someone you know you’re more likely to open it. For many years, Microsoft was the most impersonated company in phishing emails. It makes sense, I mean, what big business doesn’t use Microsoft? But there’s a new winner, and it’s DHL. In Q4 of 2021, DHL was the most impersonated company in phishing emails, thus dethroning Microsoft? Why the spike? Bad guys follow the money. Q4 means shopping, and with spikes in online shopping again last year, it only made sense that even more cherished Christmas presented would be shipped. How does it work? The attacker used a from name of ‘DHL Customer Support’ The Subject contains ‘DHL Shipment Confirmation…’ It works, because who doesn’t want to know where their package is?! Beware, DHL wasn’t the only shipping server that’s impersonated. FedEx entered the top 10 list as well. How can your cybersecurity awar
Read more 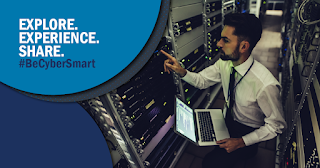 The theme for Week 2 of Cybersecurity Awareness Month is Explore. Experience. Share. (Cybersecurity Careers) Cybersecurity is one of the hottest sectors today, with new threats and challenges emerging daily. There is a huge push in the business and education sectors to attract individuals to a cybersecurity career. Are you or someone you know interested in joining this exciting workforce? Here are a few reasons to pursuing a career in cyber. Hot Job Market To say that the cybersecurity jobs market is hot is a vast understatement. According to the U.S. Bureau of Labor Statistics, the job market for information security analysts will grow by 32 percent by 2028 -- making it one of the fastest growing job sectors -- there will be 3.5 million unfilled cybersecurity jobs in 2021. This means that cybersecurity professionals are among the most in-demand around the world and will be for years to come. Infinite Room for Personal and Professional Growth Beyond the ability to get a cybersecurity j
Read more 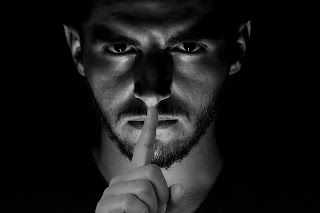 Have you heard of WhisperGate yet? It’s ransomware. But it’s not. Let me explain. First off, ransomware is typically categorized by the fact the files on your computer get encrypted and you can’t get to them until you pay the ransom. You pay the ransom, and then you’re supposed to get the decryption key to unlock your files. WhisperGate is playing by a different set of rules. WhisperGate tells you they’ve corrupted your hard drive and if you want to recover your files, you need to pay $10,000 to a bitcoin wallet. Seems like ransomware, right? Unfortunately, they never send you a decryption key, and while you’re sitting and waiting, they’re overwriting all of your data, so you can’t recover. YOU CAN’T RECOVER. This is NOT ransomware; this is destructive malware. There are two cybersecurity awareness opportunities here. First, share information about this ransomware message and let them know how and where to report this when they see it. Second, get together with your IT and disaster rec
Read more